You are here: Home » Blog » Dear Google, Your Algorithm Changes :(

We would like to have a little bit of a rant on behalf of all small to medium sized business’s (SME’s). 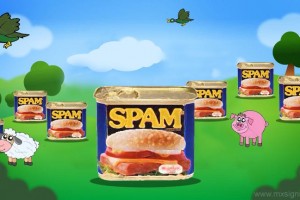 Google has once again implemented another algorithm change!

We absolutely appreciate change is required and necessary and it helps anyone using a search engine to weed out what they are looking for from the huge spam farm that the internet has become. However we are not sure Google realises the effects this has on the SME’s who depend on their web position and web traffic.

There are a huge number of SME’s who have built their business or managed to diversify their ailing companies based on the internet and the enquiries and web purchases it brings. So these so called ‘minor’ changes and updates made by Google can have massive effects to their already fragile businesses.

We have always had a lot of enquiries and work based on what is probably the most used question in regards to websites “how do I get more traffic to my site” but recently we are seeing a big rise in “my site was doing well, now i can’t even find it” well if this is the case then one of Google’s algorithm changes may have effected you.

We just think if when making these changes Google could be a bit more considerate to those SME’s and the effects it will have on them. When running a small company you are always trying to keep costs down and a huge part of the appeal of the web is the low running costs. But if you want to do well and ensure your site indexes and lists well and you don’t have the knowledge or experience to do it yourself (and lets face it most don’t) then this can be very costly in itself without having to make constant changes.

We recently had a customer who was effected by this years Panda and Penguin updates going from nearly 30,000 visits per day to just 7,000 and it nearly crippled the company and many jobs with it. Fortunately they came to us early and we managed to resolve all issues and start a SEO campaign that has seen them rise back towards the position they should be in. And if it was the case that their website could be considered spam or was intentionally using black-hat SEO techniques then fair enough! but it wasn’t, and any SEO errors we’re made because they had worked on it themselves and didn’t have the knowledge to do it correctly and couldn’t afford at the time to outsource the work to an agency like us.

I don’t think many people really like change (well definitely not when it has negative effects). And in an ideal world Google’s algorithym changes wouldn’t be necessary. But they are! We would just like to see some changes in the way Google deal with them. For example; if they believe a site has breached one of their policy’s and they are going to remove them, then contact them first. Not just via webmaster tools as many small site owners do not even know it exists, so by phone or email which they can usually find on that site. And domain specific forewarning if an algorithm change is to have a very large negatively impact on the site (e.g. 1st position to 200th)  so we can do whatever possible to minimise the effect before it happens and the huge loss of trade that can cripple a small company and lose people their jobs can be avoided or at least reduced.